For the full release via Newswire, visit https://www.newswire.com/news/scott-beacham-to-retire-peter-costello-named-president-and-chief-21039889

OAKBROOK TERRACE, Ill., November 25, 2019 – BCS Financial, an insurance and financial services corporation, announces that Peter Costello has been promoted to President and Chief Executive Officer, effective December 1. Costello will succeed Scott Beacham, who is retiring after serving as the company’s CEO and a member of the Board since March 2008.

Said Costello, “This is an exciting time in our industry, and I am excited to continue to propel BCS forward as we adapt with the changing marketplace, and continue to provide the growth, diversification, and protection solutions Blue Plans and brokers have expected from us.”

The announcement, which expands upon a May 2019 announcement naming Costello as President and COO, was approved by the Board of Directors during the November Board meeting.

“Since Peter joined BCS in 2014, he has built an impressive track record of strategic and operational accomplishments,” said Board Chairman Daniel J. Loepp. “The Board and I are confident that Peter is the right person to build on the momentum and take BCS to its next stage of growth.”

Costello previously served as the company’s Chief Operating Officer, and brings more than 20 years of experience in healthcare and technology to his new role. Prior to joining BCS in 2014, Costello was Senior Vice President at Cogito Corp., a behavior analytics company named by Inc. Magazine as one of 2014’s fastest growing companies. Peter served as Vice President at both Blue Cross and Blue Shield of Massachusetts and Excellus Health Plan, and co-founded two technology-based startups. Peter also served as an officer in the United States Navy.

BCS Financial Corporation has more than 70 years of experience delivering a wide-range of insurance and financial solutions for Blue Cross and Blue Shield organizations nationwide. Through its subsidiaries, BCS Insurance Company and 4 Ever Life Insurance Company, BCS is licensed in all 50 states and is rated A- (Excellent) by A.M. Best. BCS Financial is headquartered in Oakbrook Terrace, Ill. Learn more at bcsf.com. 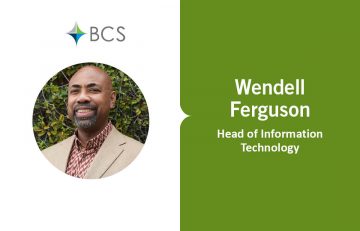 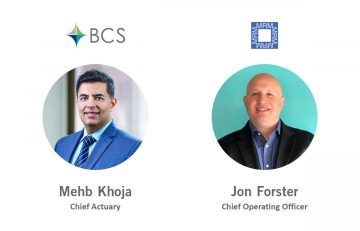