Last week BioMarin announced a slight delay in the next steps of FDA evaluation of their gene therapy treatment for hemophilia A, Roctavian. Roctavian (previously referred to as Valrox) is the gene therapy for hemophilia A that has been in development for several years. In 2020, BioMarin sought FDA approval of the treatment, at which time they were directed to collect more research.

The large claims market (stop loss and excess of loss) breathed a collective sigh of relief in 2020 when the hemophilia A treatment saw this setback. At the time, the expected cost of the treatment was between $3M and $5M, which seems outrageous, but the present value of a lifetime of factor replacement medication would suggest that this price is actually reasonable. For insurers and reinsurers though, this one-time price tag for “curing” hemophilia A created significant concern along with the price tag of other gene therapies in the market and in the pipeline at the time. In response, several vendors began to focus on cost containment solutions for gene therapies, such as specialty insurance and reinsurance products, that specifically addressed the financial issues that the growing gene therapy pipeline posed. As we know, 2020 took a hard right turn with the emergence of the COVID-19 pandemic and the collective health ecosystem shifted focus towards vaccinations.

What do we know about this delay from the FDA? According to BioMarin, the next approval application will be submitted in September (originally expected to be submitted this month). While the application is slightly delayed, BioMarin says the FDA is not requiring any further clinical or pre-clinical trial information. This suggests that an approval is within reach and will occur just a few months later than expected. Post approval, it still takes time for product distribution and uptake. Our best guess is that we could start seeing Roctavian claims by mid-2023.

What does this mean for the excess of loss market? Not a lot has changed. Many excess reinsurers have continued to add the low frequency / high severity treatment costs into their forward looking projections. Roctavian isn’t the only +$2M treatment in the market or in the pipeline, so health reinsurers need to stay focused on appropriate pricing as well as adding underwriting and disclosure criteria when writing/renewing business.

Stop loss carriers can also expect additional vendors and insurers coming into this space to off-load the prior authorization, cost containment, patient tracking needs, and general expertise needed for these particular treatments. Partnerships with pharma manufacturers can also be expected as the developers of these treatments look to install warranty programs protecting payers from non-durable treatments.

What can employers and plan sponsors expect? A tougher stop loss underwriting process, including additional requests for patients suffering from hemophilia or other conditions treated by future gene therapies. And the most dreaded word in all of self-funding – lasers. Expect lasering to continue as a practice and perhaps get worse as carriers look to protect their underwriting profits from these extremely high claims… especially with advisors pushing for no new laser policies and rate caps. Carriers will put an additional effort towards stricter underwriting on the front end and issue policies/proposals with lasers.

What can patients expect? It could be a life without hemophilia A for severe patients (approximately 50% to 60% of hemophilia patients). Based on publicly available information, BioMarin has shown treatment durability over a six-year period that could mean no more ongoing claims and much lower (perhaps zero) likelihood of bleeds. That’s a good thing for patients and insurers, even though the upfront burden will be significant for payers, stop loss carriers and reinsurers.

BCS and MRM will continue to monitor this and other gene therapies as they come to market. If you have any questions, please contact Mehb Khoja, BCS Chief Actuary and MRM President.

Firm & Final: The Legends of Stop Loss and Reinsurance Podcast IS LIVE!September 28, 2022 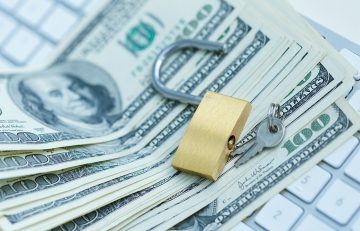 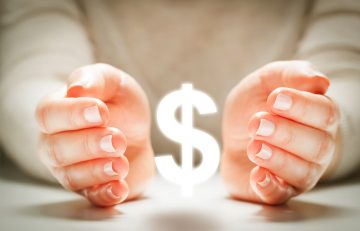 Five Ways Employers Can Help Employees on the Path to Financial WellnessOctober 1, 2018